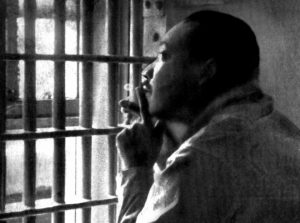 As we celebrate Black History Month this year, we reflect on the gains we have made towards racial justice, as well as the areas in which we continue to fall short. The equity gaps that remain in this country are deeply problematic and indicative of white Americans’ failure to internalize the difference between being non-racist versus being anti-racist. This concept is at the forefront of Ibram Kendi’s 2019 book How to Be an Antiracist. In the book, Kendi emphasizes that there is a difference between not perpetuating racist ideas and working to end racist structures and systems. He sees a race-neutral mentality as a greater threat than alt-right philosophy.

Fifty-six years prior to the publication of How to Be an Antiracist, Martin Luther King, Jr. wrote his Letter from Birmingham Jail. In it, he provides the prelude to Kendi’s antiracist ideal by sharing his belief that the white moderate was a greater threat to racial justice than the white racist. He writes, “the Negro’s great stumbling block in the stride toward freedom is not the White Citizens Councillor or the Ku Klux Klanner but the white moderate who is more devoted to order than to justice; who prefers a negative peace which is the absence of tension to a positive peace which is the presence of justice.”

For white Americans sincere in continuing the fight for racial justice, they must become agitators. They must take direct action in their families, classrooms, board rooms, and communities to not only call out unjust ideas and policies but to take the next step to dismantle them. This means disrupting the status quo; it means confronting those who believe we are living in a post-racial society. Most importantly, it means no longer being content with the attitude that it is enough to simply not make things worse. We must expect, at the bare minimum, to actively make things better.

Photo credit: Martin Luther King Jr. looks out the window of his cell at the Birmingham City Jail. The photo was taken by the Rev. Wyatt Tee Walker in October 1967, when both leaders served time in the Jefferson County Jail in Birmingham. (UPI)

AMAZEWORKS’S MISSION IS TO CHAMPION SAFETY AND BELONGING
FOR ALL CHILDREN AND FAMILIES.

AMAZEworks is a nonprofit, tax-exempt 501(c)(3) organization.
Your contribution to AMAZEworks is tax-deductible to the fullest extent of the law.